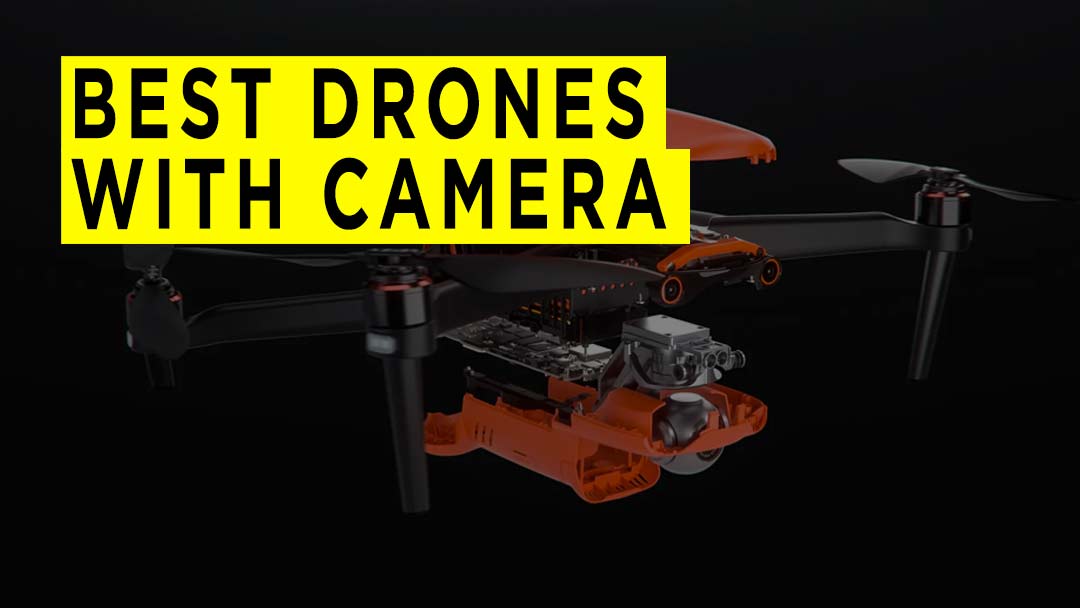 Today’s drones are far more advanced than the toy drones that initially sparked the movement ten years ago. And now, drones have reached a point where they’ve become a necessary tool in a photographer’s arsenal to give them a distinct edge and a unique perspective over their competition. But the semi-pro and professional drone spaces are abundant with attractive options, which can become quickly overwhelming. In today’s post, we will cover the top ten best camera drones that are ready to tackle your next aerial project. 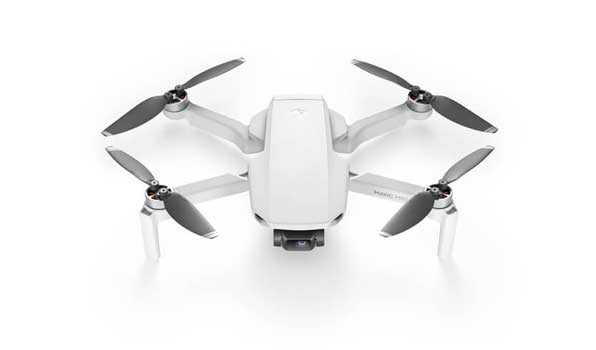 DJI’s Mavic Mini remains the only drone with a professional level feature set that flies without registration. And it capitalizes on the sub-250g category. It features a 1/2.3-inch sensor, a 24mm lens, a 3-axis gimbal, 2.7K 30p, 1080p 60p, and landing sensors.

For its size, it manages to provide a class-leading flight time of 30 minutes and a maximum range of 4000 m. DJI’s also equipped the drone with their Follow Me and FPV modes, adding versatility. And it also offers full manual control over all camera settings, giving users a real possibility of capturing sharp low light photos and videos.

Overall, DJI’s Mavic mini is a strong all-rounder. That, for the price, couples its compact size, portability, with excellent image quality and effortless flying experience. It remains one of the more affordable drones in the mid-range segment but one that leads the class in performance. 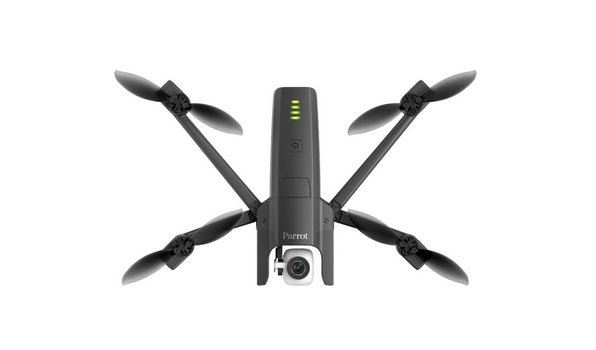 Unlike rivals, it’s one the very few drones to offer a 180º tilting camera, which allows the drone to take photos directly upwards. It also offers a 2.8x zoom lens, letting fliers get closer to the action without danger. And it’s also one of few drones that shoot in the slightly wider 17:9 aspect ratio Cinema 4K format, for real cinematic video. With a range of 4000m, a flight time of 25 minutes, RAW support, and 21MP photos, it’s quite the powerhouse.

Overall, Parrot’s Anafi is a strong choice for those wanting a versatile option that provides a robust feature set and FPV support in a simple, functional design. 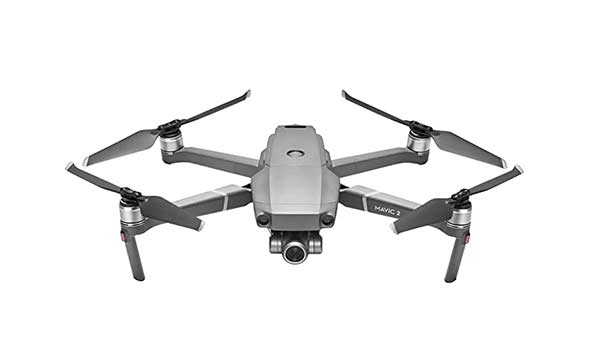 Like Parrots Anafi, it also offers an optical zoom lens, allowing you to capture close-ups of subjects at a safe distance, unlocking a world new possibilities. The drone also obtains all of DJI’s Intelligent Flight Mode, most notable Hyperlapse and ActiveTrack. And DJI rates it for 31 minutes of flight and a range of 8000m. Like the standard Mavic 2, it provides the RAW format for both stills and video, which is perfect for professional applications.

Overall, DJI’s Mavic 2 Zoom implements a unique approach and perspective to an already proven platform. And it makes an excellent choice for those wanting added versatility over the standard 2 Pro, with a similar design and robust feature set. 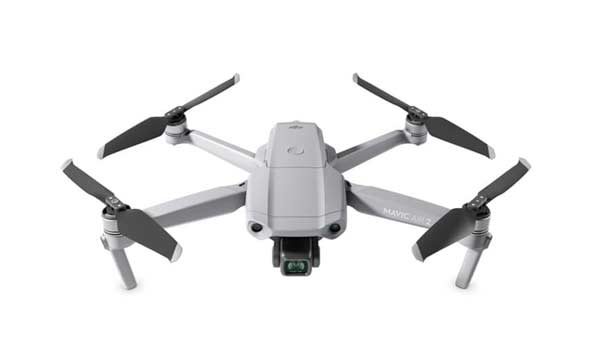 DJI’s Mavic Air 2 is a substantial improvement over the original Mavic and a strong all-rounder for both seasoned shooters and beginners. It features a 1/2-inch sensor, a 24mm lens,a  3-axis gimbal, 4K 60p, 2.7K 60p, 1080p 240p, obstacle avoidance, and landing sensors.

DJI ships the drone with the updated flight controller, which now provides a range of 10,000 m , far outpacing rivals. They’ve also equipped the drone with advanced autopilot functionality that allows it to reroute and avoid obstacles. And with a 34 minute flight time, compact foldable design weighing only 570g, it offers immense flexibility.

Overall, the Mavic Air 2 provides a host of new features but keeps the same friendly price. And it’s an excellent choice for both photographers and filmmakers looking for ease of use and pro-level features. 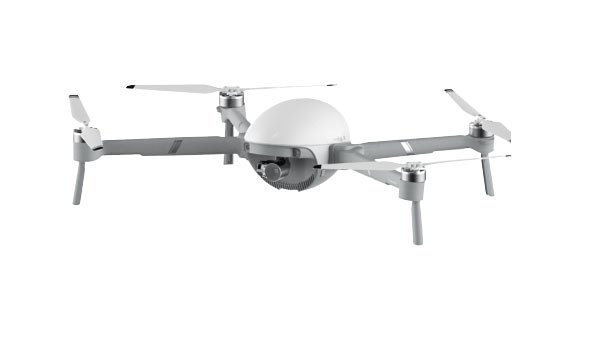 Unlike rivals, this drone provides full weather sealing with the optional Wizard Kit, making it perfect for flying in the rain and landing on the water. It also offers the unique Handheld Gimbal Mode, which transforms the drone into an autonomous personal AI camera for run and gun use. You can even completely remove its arms, increasing portability. And it’s also the world’s first drone to record sound that syncs your phone’s microphone with the pictures, putting an end to silent aerial photography.

Overall, the PowerEgg X reinvents the proven success of its predecessor and offers a unique take on drone capabilities. And it’s undoubtedly a competitive option with its impressive range of 6000m, 30 minute flight time, and versatile functionality. 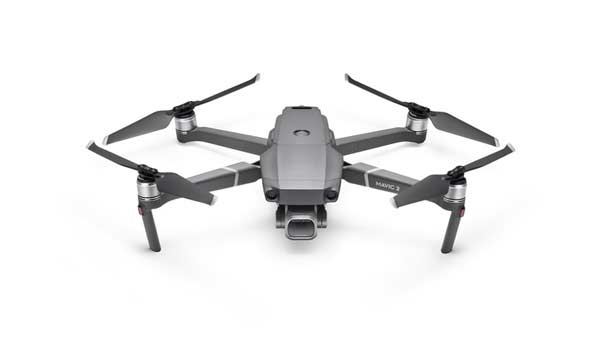 Unlike the 2 Zoom, the 2 Pro offers a large 1-inch sensor, improving its low light. And unlike rivals, it also offers a variable aperture lens, which avoids the need for adding neutral density filters during flight. Plus, its full omnidirectional sensors recognize and avoid obstacles in all directions. With its large 20MP sensor and sharp 28mm lens, it’s also the most compact drone on the market with this setup. But, one that still offers 31 minutes of flight and a range of 8000m.

Overall, DJI’s Mavic 2 Pro is an excellent option for those looking for a premium compact drone. It’s easy to fly and offers a sophisticated feature set that makes it one of the most impressive drones to date. 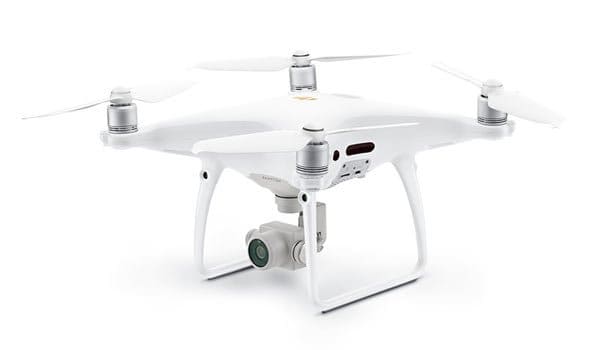 With the V2.0, DJI’s updated the controller with their OcuSync 2 technology, allowing a crystal clear live feed at distances of 8000m. And not only that, the V2 offers an impressive 30 minute flight time. And it provides 11.6 stops of dynamic range, and the new H.265 video codec plus d-log profiles. Not to mention, it can also shoot continuous bursts of 14 fps. And combined with its robust build and intelligent flight modes, it offers the safety filmmakers need to capture the riskiest images.

Overall, the DJI’s Phantom 4 Pro V2 is even more sleek and glossy than the original Phantom. Yet, it provides an updated feature that makes it one of the leaders in the professional segment. The original Phantom 4 was already a huge success, but this release easily ups that. 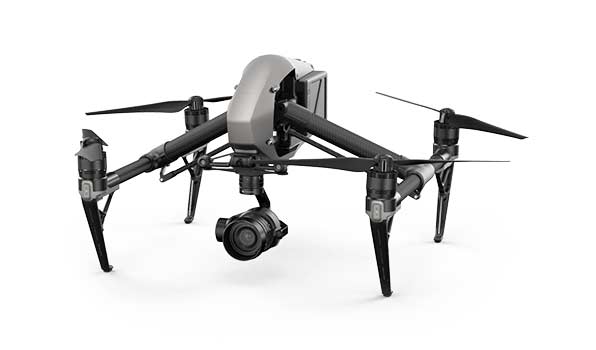 DJI’s Inspire 2 is their current flagship and a notable upgrade over the original Inspire 1. It features a 3-axis gimbal, object avoidance, and full FPV support.

It’s one of few drones that offer the unique ability to swap lenses, allowing fliers to tailor the camera to each flight. And for professionals, that’s a must as it provides maximum versatility. When paired with the X5S camera, it captures 5.2K 30p and 4K 60p video using a large Micro Four Thirds Sensor. These specifications make the drone one of the leaders in resolution. And better yet, it also offers an enormous 7000m range and a robust object avoidance system that provides unparalleled subject tracking ability.

Overall, DJI’s Inspire 2 is a significant improvement over the predecessor. Not only is it quick, but it also comes packed with class-leading features that make it well suited for professionals. 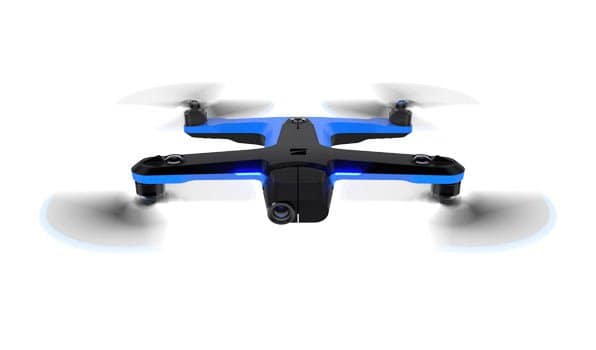 Skydio’s first breakthrough drone, the R1, was a significant milestone in drone technology. With Skydio 2, the company aims to push the envelope with a budget-friendly AI-driven revolution. It features a 1/2.3-inch sensor, a 20mm lens, a 3-axis gimbal, 4K 60p, 1080p 120p, and obstacle avoidance.

Unlike rivals, it offers best-in-class automation. It features six 4K cameras, which combine to give its AI system 48MP of information to see the world at over 1 million points/second. It also shoots HDR video in the new H.265 codec and provides 12MP images. And it even offers a flight time of 23 minutes and a range of 3500m.

Over ten years in the making, Skydio 2 creates the most advanced AI-equipped drone on the market and its essentially a flying supercomputer. The object recognition system and obstacle avoidance are class-leading. If you’re looking for a fully autonomous drone, this is the best option on the market. 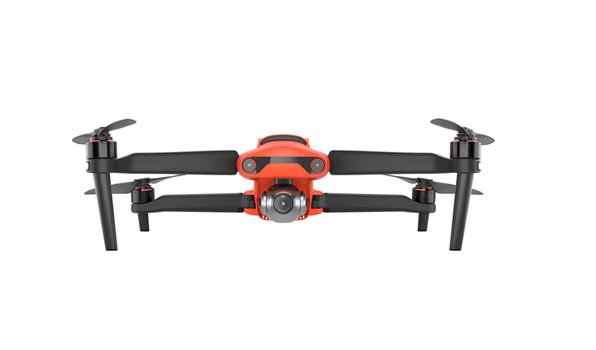 The EVO II officially marks the first foldable drone to feature 8K video. Not only does it provide class-leading resolution, which can make prints up to 100-inches wide, but it also provides a high-end feature set that far outpaces rivals. In this case, a 4x lossless zoom, 48MP still images, the new H.265 codec, HDR support, and 10-bit log. Plus, a 12-sensor obstacle avoidance system that uses machine learning for autonomous navigation. These, combined with its 9000m range and 40 minute flight time, creates an unbelievable package.

With this release, Autel Robotics has shown they can create a product that offers the broadest feature set around and specifications that go well beyond rivals. It captures striking details never seen in aircrafts of this size and is the ideal choice for professionals.

What are the best accessories for these drones?

We’ve compiled a list of the top 10 best camera drones for those wanting all-in-one solutions for photos or videos.