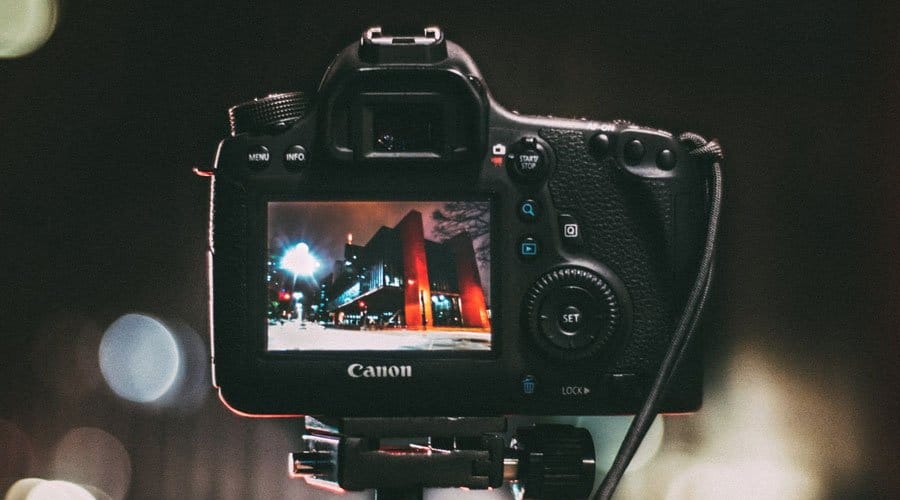 The Canon 6D Mark II, originally released in summer 2017, is a hybrid between the entry-level and professional level Digital SLR. The 6D is technically an entry-level full-frame SLR camera, however. It provides a 6-megapixel increase in resolution over the predecessor, now providing 26.2-megapixels, and was the first camera to offer Canon’s DIGIC 7 processor. The release of this camera created both controversy and outrage from the artificial software limitations placed on the camera to persuade buyers towards higher-end cameras. Did those attempts work, however? Today we clarify this controversy and dispel the myths surrounding where this camera is capable and whos it’s demographic.

What are some of the goods, bads, and the uglies of the 6D Mark II?

Has compelling image quality, with ample sharpness, and accurate color reproduction. The ability to take stills is a strength of the Mark II.

Image quality and performance in low light is also found to be a strength as well, and it provides usable images up to ISO 6,400. It offers comparable ISO performance to its competitors.

Has an anti-flickering function built-in that prevents significant changes in white balance when shooting in a continuous burst under artificial lights. Overall, this feature provides more color consistent photos during continuous shooting.

Video performance is a strength of the Mark II as well. However, given its price, it competes directly with similarly priced cameras offering far more competitive performance than it provides, namely the Panasonic GH5.  If you’re a professional videographer spending this much money, look elsewhere.

Maintains and transfers settings made to Shutter Speed, Aperture or ISO in photo mode immediately to video mode. This feature seems insignificant, but it completely removes the need to re-make these changes, thus saves time.

Has superb focusing performance, as a result of inheriting Dual Pixel AF (DPAF) and the AF system from the 80D. This feature strengthens explicitly subject tracking when filming in Live View, and is a necessity for those who shoot alone. DPAF functions to make transitions in focus both smooth and cinematic. And it completely removes the jerkiness that would otherwise occur when AF is changed. Canon has opted to allow users the ability to adjust the speed of these transitions as well via the menu. The result is the complete automation of subject tracking without the need for changes. Subjects are found to be in focus even when shooting wide open. Overall, the tracking accuracy and performance offered in this camera is still industry-leading, even in today’s world.

Has healthy battery life, allowing for 1,100 shots on a single charge. No need to fret about running out on a long days shoot here.

Has a superior LCD, that is both fully articulating and a touchscreen. This addition made Canon the first manufacturer to include an articulating touchscreen on a full-frame camera ever. These features make video composition, self-portraiture, or shooting at awkward angles easy. Not to mention, it completely removes the need of having to attach an external monitor altogether. The touchscreen itself offers superb functionality and simplifies not only just menu navigation, but it also makes reviewing images for critical details easy. Overall, the addition of a touch-enabled display dramatically speeds up the workflow of using this camera. Being able to pinch to zoom and swipe removes all the burden created when using a d-pad or joystick. Lastly, the LCD itself is bright, sharp, and comfortable to view in bright daylight conditions.

Physical button layout and overall ergonomics work well. If you’re a previous Canon Digital SLR user, the design will be familiar to you. The camera’s grip is deep, and the build quality is as you’d expect for a $2,000 camera.

Has built-in WIFI, NFC, and Bluetooth, which allows the camera to connect to smartphone devices for remote operation. Once connected, users can remotely command the camera both in photo and video modes with full manual control. Not only that, the addition of GPS lets the camera automatically geo-map the location of the picture without the need for a connected device. Not to mention, the smartphone app is also updated, further reducing latency between both devices.

Is fully weather and dust sealed.

Has 5-axis in-camera stabilization, which works well. A caveat is, however,  it reduces the quality of the video, primarily sharpness. This feature makes videos look even softer than usual and only gets worse as more stabilization is applied. A great feature to have when needed, but by no means replaced a gimbal.

The continuous burst rate speed has increased to 6.5 FPS, an improvement over the 4.5 offered in the previous generation. This improvement now makes the 6D Mark II comparable to the 5D Mark IV in this regard.

Offers time-lapse that, oddly enough, can be shot in 4K.

Is awful. Dynamic range refers to the ability to recover shadows and highlights in post-processing. The dynamic range on the 6D Mark II stuffers even compared to APS-C sized cameras, for example, the Canon T7i. Considering both the recency of this camera and its native ISO range, this finding is surprising and unexpected. But since this is the case, the initial exposure captured has to be within a maximum 1 ½ to the desired exposure to prevent unwanted noise in the shadows.  For those shooting primarily JPEG, this will not hinder your abilities. But, for those wanting more flexibility in post-processing shooting RAW, this will be a limitation. Canon opted to sacrifice dynamic range in place of better low-light performance, which was already adequate initially. Overall, this is the biggest disappointment about the 6D Mark II and will be a deal-breaker for those wanting more excellent dynamic range.

Lacks 4K video altogether and high frame rates in 1080p. For 1080p, the highest frame rate available is 60 FPS. Disappointing considering we expect these features given the cameras price. In price, this camera competes with the Panasonic GH5. In features, this camera stands no chance. The removal of 4K, which is an ability the Mark II posses, Canon has marked the camera for a comprehensive setback in video performance. That will be outgrown quickly by serious videographers as 4K is the future. If 4K is important to you, look elsewhere. Thankfully, the 1080p video is sharp. In all, this is not a good video camera for the professional but is perfect for the hobbyist or vlogger.

When not using subject tracking is hit or miss. Canon clustered the AF points in the middle of the frame, ultimately causing this issue because the Mark II inherits an APS-C sized focusing system of the 80D though it’s full-frame. Transfering this system as is makes AF coverage only 30% of the total sensor size. Why they did this remains unclear. Yes, the Mark II has 45 cross-type AF points but their positioning makes focus recomposing a necessity for proper composition. A lack of coverage means that your focus overall will always be slighting off, causing you to misfire and slowing the entire process of shooting. Not only that, but you also are forced to use the d-pad to change focus points. Just fantastic. Thankfully, this can be avoided by shooting in Live View and using the hybrid AF system plus touch to focus. Unfortunately, if you want to use the viewfinder, moving the focus point on the touchscreen is worthless.

While the burst rate is 6.5 FPS, the buffer size when shooting in RAW is only 22 files. This figure isn’t awful. But for those of you that are professional sports or wildlife photographers, this buffer will become a limitation against your workflow.

The built-in d-pad is awful and makes switching between AF points incredibly slow. Unfortunately, the ability to touch to focus is only possible when shooting in live view.

Only has a single SD card slot, which is UHS-1 compliant and not USH-2 compliant. I mean seriously. UHS-1 is both for the older generation of SD cards and significantly slower. Not only that, the redundancy caused by having Dual SD cards is essential for the professional shooting once in a lifetime events. And because of these two facts, the Canon 6D Mark II is not ideal for critical professional work and should be avoided. Look elsewhere.

Lacks a pop-up flash, a disappointment considering this is an entry-level camera.

Lacks 100% viewfinder coverage. This finding is strange because full coverage of a sensor is commonplace within the competitive lineup of full-frame cameras at this price point, namely the Nikon D750.

Has a maximum shutter speed of 1/4000 as opposed to 1/8000, which is also commonplace in full-frames at this price point.

Is the 6D Mark II a good starting camera?

Well, overall, yes, it is. However, the Mark II has some very tough competition considering its price-point, namely the Nikon D810. The D810 has dual SD card slots and lack of an anti-aliasing filter making it a much better camera overall. Granted, the Canon makes up for its absence with the articulating touch LCD and superior AF system. But, even still the lack of 4K makes the video capabilities antiquated. And for this reason, the Mark II is a camera that is best suited for photographers, not videographers. Canon has severely limited the true potential of this camera with software handicaps in an attempt to sway buyers to purchase a more expensive and unnecessary camera.

Is the Mark II the camera that would convince Nikon users to switch to Canon, no. Is it the camera that sways current mirrorless shooters that the Digital SLR are still relevant in 2019, no. Should the existing Canon 6D user upgrade? Well, yes, that they should. The improvements this camera has made do make it markedly superior to the successor. Final verdict, this camera is good, but given its potential, it could have been so much more.

Bundles for the 6D Mark II

Is the 6D Mark II a good camera for you?

Maybe. But If you’re an existing Canon 6D user wanting better still performance, do not upgrade. Both the image quality and dynamic range on the Mark II are worse than the original Mark I. Do some research into alternatives instead and check out the Nikon D810 or Sony A7R II. The 6D Mark II is just a rebranded Canon 80D with a larger sensor. There’s nothing substantial here for existing users. The same also applies if you already own a Canon 5D Mark III or Mark IV.

However, if you’re a new users that is willing to overlook the lack of dual SD card slots, 4K video, and gripe with a focus recomposing, then this is a brilliant camera and a good one for you. In addition, this camera is also a substantial upgrade for existing Canon 70D or 80D users desiring a full-frame camera as well.

For the money, the Mark II is an excellent photography centric camera that places moderate amounts of focus on video capabilities. It’s an excellent choice for those wanting to get a full-frame camera to expand their digital photography or for the  vlogger or aspiring YouTuber looking to become a content creator.

For the money, the Mark II is an excellent photography centric camera that places moderate amounts of focus on video capabilities. Granted it does have some fierce competition on the market. It has several significant pitfalls, namely lack of 4K, dual SD cards, and a funky AF system. But, overall, it remains an excellent camera and an excellent choice for the content creator or users new to the Canon ecosystem. Sadly, the lack of 4K will mean its video capabilities are antiquated and not suited for videographers. Canon has severely limited the true potential of an otherwise fantastic camera overall.