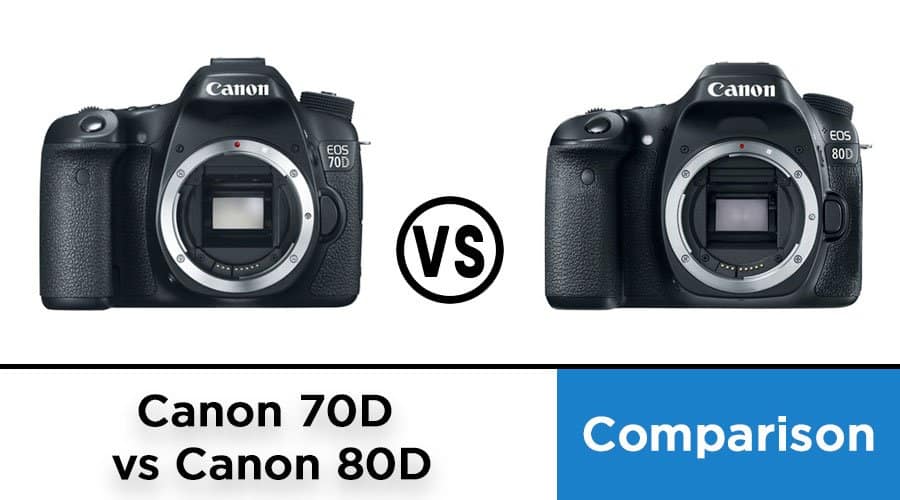 Today we will compare two intermediate mid-range digital SLRs in the Canon ecosystem, the Canon EOS 70D, and the EOS 80D. The EOS 80D marks the successor to the highly popular 70D, a camera acclaimed as the first SLR to single-handedly initiate the DSLR video revolution. In time, it proved to be a game changing release from the manufacturer. But, can the newer body live up to such a monstrous reputation? Are the updated features and minor refinements sufficient for users to realistically question upgrading? For non-cannon users, which delivers the best value for money spent if purchasing today, years after both cameras initial release? Let’s find out.

Note: We refer to the 70D as the “predecessor” and 80D as the “successor” for the remainder of the article.

In terms of physical dimensions, both cameras prove to be almost 100% identical, surely indistinguishable in hand. Both measures at approximately 139mm x 105mm x 79mm. The difference, however, comes in their weight. In this case, the successor weights 25g lighter than the predecessor at 650g compared to 675g due to slightly different constructions between both cameras. Though this may seem like a notable difference on paper, during use, the difference between both cameras is negligible.

The cameras do differ slightly in physical controls, though not dramatically. The most notable difference is the successor offers an additional custom button (C2) on the mode dial, further increasing the camera’s flexibility and offers slightly better customization. Outside of this, however, the controls between both cameras are largely identical. They both include adequate controls to give users direct access to exposure, shooting modes, ISO, and autofocus. 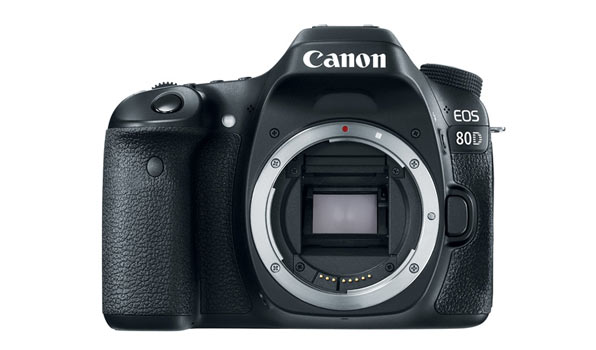 The successor now features an optical viewfinder with 100% coverage of the imaging area, whereas the predecessor delivers 98% coverage, both vertically and horizontally. Strange. But, glad to see it’s now 100% coverage.

Both cameras feature 3.0-inch TFT fully articulating touch screen LCDs, which support both menu navigation as well as touch focus. Both cameras also have identical resolutions at 1.04 million dots. Overall, their displays are comparable, and both deliver excellent flexibility along with enough brightness for adequate viewing during bright sunlight conditions.

The successor does, however, boast a larger sensor, now at 24.2-megapixels compared to the 20.2-megapixel sensor of the predecessor. But, in reality, noticing the differences between 4 megapixels proves difficult, as it’s quite a subtle difference. Overall, both are more than sufficient at supplying sharp images, with adequate dynamic range and excellent color rendition, especially in skin tones.

Finally, an area where the cameras truly separate. The successor now shoots 1080p Full HD video up to 60 frames per second. Previously, the predecessor topped out at 30 frames per second when shooting at 1080p resolution. If you wanted to shoot at 60 frames per second, you’d have to do so by shooting in 720p HD. It’s good to see the newer camera allows users to shoot slow-motion video in the higher quality format.

Their autofocusing systems are another area the cameras differentiate. In this case, the successor features better overall point coverage now offering 45 all cross-type points, instead of the 19 found on the predecessor. The additional AF points deliver superior point to point performance when shooting stills. The successor also proves to be significantly better at acquiring focus during low light shooting, where the focus is both consistent and rather quick. Low light shooting is a particular weak point of the older camera. Better coverage also means that you aren’t forced to compensate for lacking coverage with focus recomposing and technique, significantly simplifying the shooting experience. However, in video shooting, the additional AF points don’t show an increase in video AF performance. Both cameras use Canon renowned Dual Pixel CMOS AF technology, a separate component in the overall focusing system that’s not directly affected by an increase in AF coverage. Surprisingly.

Both cameras use Canon’s LP-E6 batteries, acclaimed for their excellent value and longevity. No surprises, both cameras deliver outstanding battery life. In this case, the successor delivers slightly better performance at 960 shots per charge, compared to 920 seen in the predecessor. Overall, battery life between both cameras is similar.

The user interface and menus between both cameras are mostly identical, at least in core functionality. However, the successor comes with refinements in the form of better overall grouping and simplification in the main menu, making it easier to find specific settings than before. 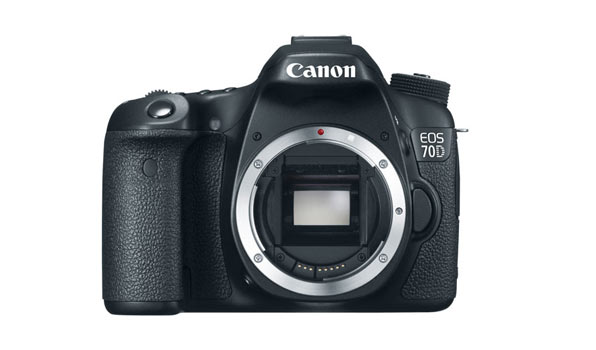 The successor features a redesigned shutter mechanism, which reduces the amount of viewfinder blackout experienced, slightly, but enough to make it the superior choice if shooting high-speed continuous bursts. The redesigned shutter also provides better dampening, reducing the amount of shutter shock experienced when shooting at slower shutter speeds.

The successor also features a new anti-flicker mode, helpful if shooting under fluorescent lights as it prevents the extreme changes in white balance and exposure that otherwise occur.

The successor now has a deeper and longer buffer, allowing it to buffer 110 JPEGS and 25 RAW images in a row, without stopping. This is a notable improvement over the predecessor, which was limited to 65 JPEG and 16 RAW images.

The successor has built-in time-lapse and proper HDR shooting, finally. These are lacking features on the predecessor.

Both cameras are fully weather sealed.

Both cameras have continuous shooting speeds of up to 7 frames per second.

The successor now houses Wi-Fi and NFC connectivity, further increasing the connectivity options, whereas the predecessor has Wi-Fi connectivity only. Overall, the addition of NFC makes connecting to the camera easier and more consistent than before, though still not great.

So then, which is best? Well, the reality is that much of the core features and capabilities between these two cameras remain largely the same. So, in the end, the primary reasons for upgrading to the newer body include the following: a desire for slow-motion capture in full HD resolution, more AF points for better still (or low light) shooting, or a necessity for a headphone input. If these particular updates are not necessary for your specific shooting needs, then the 70D is the better choice and remains an excellent camera even now. Nonetheless, both are excellent choices. They both deliver the precise controls and performance coupled with an intuitive design, making them attractive options for a beginning camera.