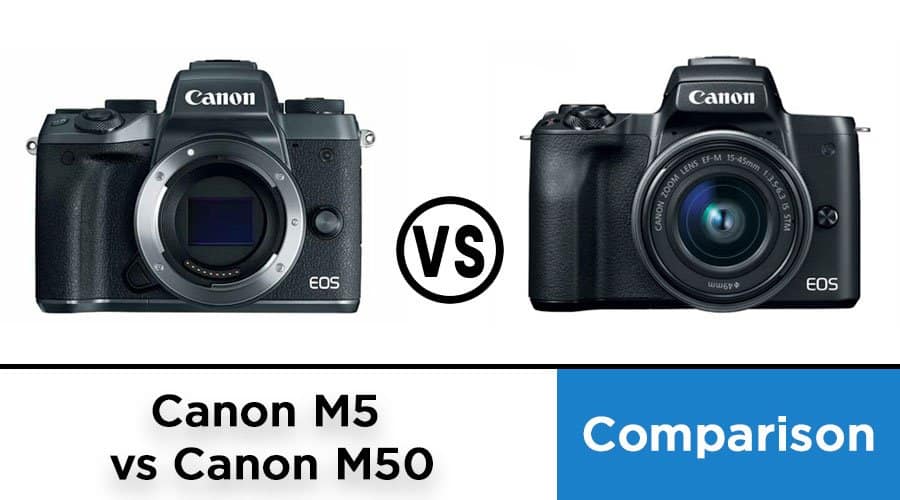 In today’s post, we will compare two entry-level midrange offerings from Canon, the Canon EOS M5, and the EOS M50. In position, the M50 sits below the M5 in Canons range of Mirrorless cameras. However, it’s the newer of the two cameras and one who’s core imagine performance now rivals the older flagship. Considering both cameras compete in similar markets, and offer very similar features, which of the two is best for you? Let’s find out.

Note: we refer to the M50 as “successor” and the M5 as “predecessor” for the duration of this article.

In weight, the successor proves to be lighter in build due to primarily polycarbonate construction. In this case, it weighs in at 351g versus 380g. However, in dimensions, both cameras are almost identical. Both measure approximately 116 x 89 x 60mm, and outside of this, the minute differences are indistinguishable in hand.

In physical dials and controls, the cameras differ substantially. The successor lacks both exposure compensation and custom shooting modes, C1-C2. Instead, you change these functions solely through the camera’s menus, making immediate changes to these particular functions much slower than the predecessor. And it also means users cannot preset shooting settings to the mode dial for instant access. The successor also only includes a single adjustment dial for exposure control, which positioned around the shutter. The predecessor maintains two adjustment wheels, making exposure adjustments a much simpler process. Between both cameras, the predecessor also includes more customizable buttons where users can assign custom functions to their controls, a total of 8 in this case versus 5 in the predecessor. However, even with its lacking buttons and controls, it still supplies excellent one-handed operation as most of its adjustable controls are positioned around the handgrip.

Ultimately, this is one of the categories that separate both cameras and create a deal-breaker situation for some users. In this case, the most notable difference occurs in their screen’s versatility and articulations. The successor has a 3.0-inch vari-angle TFT LCD, which fully articulates. The predecessor, on the other hand, has a 3.2-inch TFT LCD that tilts upwards 85° and downwards 180°.  Now, the problem with this particular articulation is that if you mount the camera on a tripod, the tripod plate blocks the screen, rendering it useless. In this position, it also blocks the battery compartment door, to the point you must first remove the plate to replace both the battery or SD card. This articulation is strictly reserved for vlogging and hand holding the camera. The successors fully articulating screen, however, works handheld as well as on a tripod. Outside of this, both cameras also differ in size (3.0 inches versus 3.2 inches) and resolution (1.04 million dots versus 1.62 million dots). However, both cameras do offer touchscreen LCDs, which function for both menu navigation as well as support touch focus.

For their electronic viewfinders, both offer identical resolutions of 2.36 million dots,  no differences there, and both work well during regular use. 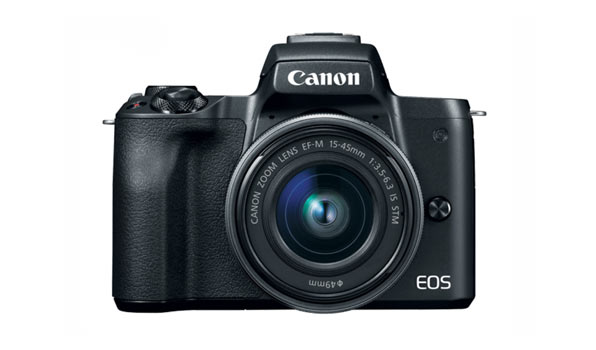 The predecessor features a 24.2-megapixel CMOS sensor, while the successor only features a 24.1-megapixel CMOS sensor.  A difference on paper, but in real-world shooting, this difference is completely negligible. Both cameras are more capable of delivering sharp images with excellent color rendition and sufficient dynamic range while leaving enough room to crop in post.

In video alone, the successor may provide the necessary capabilities to justify its purchase. Unlike the predecessor, the successor now deliver 4K UHD at 25p, 1080P Full HD up to 120p, and 720 HD up to 120p. Previously, the video capped out at 1080p only up to 60p, and there was no super slow motion 120p option, nor was their 4K. Not only that, but the successor delivers better bit rates over the predecessor as well, 120 MBps for 4K recording and 60 MBps for 1080p, compared to the predecessors 35 MBps maximum. A greater bitrate means the camera is capable of capturing higher quality footage. The combination of futureproof formats, better frame rates, and better bitrates, making it the superior option and a more competitive option in today’s market.

Outside of capabilities, both cameras have recording limits of 29 minutes and 59 seconds, industry standard. And the successors 1080P 120p recording caps out at 7.5 minutes.

As mentioned above, both cameras have touch screens that support touch to focus. However, the cameras differ dramatically in autofocusing performance. While both cameras feature Canon’s renowned Dual Pixel CMOS AF, which delivers confident smooth and cinematic autofocusing, the amount of AF coverage differs. The successor dominates by offering a 143-point AF system, a 3x improvement over the predecessor’s 49-point system. In all, this means that the successor delivers better overall coverage and will dramatically reduce the need to rely on focusing recomposing, as the AF points are more evenly spread across the imaging area and not clustered around the center.

In battery life, the predecessor takes a slight, but noticeable lead, offering a 295 shot per charge life (or 420 if using the Eco Mode) compared to the 235 shot per charge life of the successor (370 if using the Eco Mode). Now, realistically, both offer battery performance that is far below the 350 shots per charge industry-standard expected in mirrorless cameras, so neither are great in their standard shooting modes.

There is no notable difference between each camera’s user interface and menus. Both are well organized and easy to navigate. 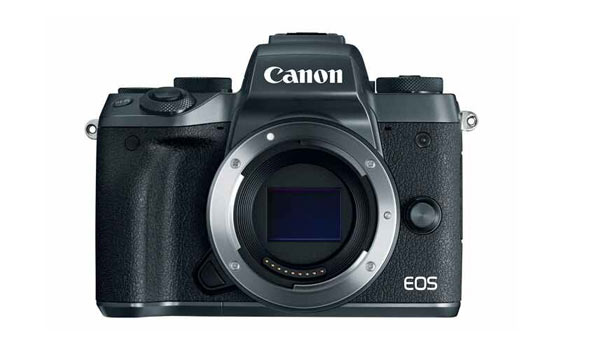 The successor features tethering support via Canon’s EOS Utility application, which allows the camera to transfer images to the connected computer automatically. Once connected, users also have complete remote control over the camera. Strangely, the predecessor lacked this feature.

Both cameras have Wi-Fi connectivity. But the successor now sports NFC connectivity as well, allowing for a more consistent and faster pairing experience than the predecessor.

Both cameras have built-in time-lapse modes.

When choosing between these cameras, considering much of their specifications are similar, ask yourself the following: would I benefit from a fully articulating screen, 4K recording, or super slow-motion HD video? Ultimately, these three factors are the most substantial differences between both cameras. If you plan on vlogging or shoot self-composed videos, a fully articulating screen is an essential feature to simplify your workflow.  Otherwise, if you spend the majority of the time behind the camera, the fully articulating screen may not be necessary for you. Overall though, the EOS M50 represents quite a strange release from the manufacturer, as Canon originally slated it to sit below the M5 in their range, yet it is surprisingly the better camera. In terms of functionality and feature set, it supersedes the “higher-end” camera and represents a better overall camera that offers more value for the money spent. It’s only real drawbacks are build quality and lack of customizable buttons. Outside of that, it’s the obvious choice here.