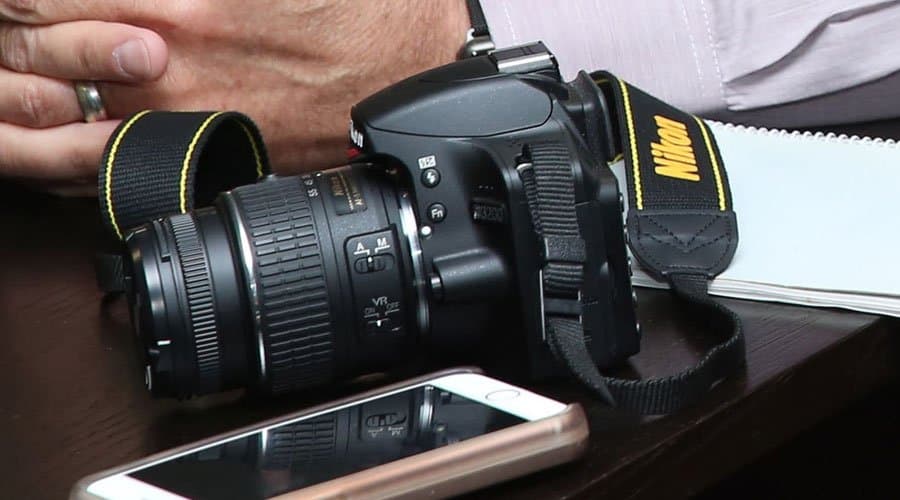 The Nikon D3100 is the next installment in Nikon’s D3000 series of APS-C cropped sensor cameras. Released initially fall 2010, it came with a 14.2 megapixel CMOS sensor and, while looks complicated at first, belongs to the lowest end line Nikon makes. It’s an entry-level camera aimed at those who don’t call themselves photographers quite yet but aspire to upgrade from their silly point & shoot cameras. Nikon released this camera as a competitor to the Canon EOS T2i. Well, it’s been almost a decade now since its initial release, does this camera even make sense now in 2019? Is it still a camera that stands competitive for those desiring a simple solution for taking great photographs? Let’s find out.

What are some of the goods, bads, and the uglies of the Nikon D3100?

The image quality produced, though not excellent to today’s standards, is quite good and remains superior to a point & shoot camera. The resulting images have consistent and accurate color detail with decent sharpness and resolution. Overall, the additional 4-megapixel bump in resolution over the predecessor coupled with an updated CMOS sensor makes the image quality adequate considering its price.

Video performance is sufficient, considering the camera’s age. Video formats offered are: 1080p at 24 FPS or 720p at 30 FPS. Video quality is solid even in low light, where ISO’s of 3,200 is often a necessity.

It has a native ISO of ISO 100 to 3,200 and provides usable images up to ISO 3,200. Low light performance on this camera is still sufficient, even in today’s standards, and the camera handles admirably despite the softness that occurs from in-camera noise reduction.

While this camera does inherits the same MultiCam-1000 AF system from the D3000, this system has improved, and it now offers full-time continuous autofocusing in Live View and video. The addition of constant autofocusing was revolutionary during the cameras initial release, as no ever Nikon besides the D7000 had this feature. Not only that, but this camera also has 3D subject tracking, a feature only found in higher-end models at the time.

Battery performance is adequate to today’s standards. The camera can provide 550 shots per single charge. Today’s industry standard for entry-level cameras is between 600-800 shots.

If you’ve previously used a Nikon digital SLR, navigating the menus of this camera will be easy for you. The menu is organized into categories that pertain to either shooting functions or camera functions. Overall, finding critical settings through the menu is intuitive and becomes second nature with a little practice.

It has built-in camera retouching which performs nondestructive editing, a helpful feature that removes much of the need for transferring images to a computer to ultimately accomplish the same thing.

The physical button layout is excellent. The buttons are logically placed and functional. There are now more physical buttons over the predecessor as well, which further reduces the need of making these changes through the menu alone. Nikon has opted to make all of the critical functions adjustable through dedicated buttons, unlike most entry-level cameras which tend to be menu-driven.

It has a dedicated GUIDE mode, which functions to teach users how to take photos in the various situations that present themselves. The GUIDE mode is broken down into either easy or advances operations, and then into the specific subject matter in question. At its core, this is a how-to photography book built directly into the camera body itself and an enormous advantage for the newest photographer.

It has an HDMI port, which allows the camera to connect to an external monitor or TV.

It has a customizable function button, which by default adjusts ISO, that adds greater functionality to the physical layout.

It has a headphone input jack.

It has a Live View mode, removing the need to rely on strictly on the viewfinder alone when composing, a feature inherited from the D5000.

This camera only has Nikon’s EXPEED 2 image-processing engine. With that, low light performance will limit you to ISO 3,200. For those looking for a camera strictly superior in low light, this camera will not suffice. It cannot provide usable images above ISO 6,400, which is commonplace in today’s marketplace.

The video footage supplied is only 1080p, truthfully, you can achieve better results when shooting with a 4K compatible smartphone. Not only that, video recording length maxes out at only 10 minutes.

It doesn’t have a built-in autofocusing motor. With that, you will not be able to autofocus Nikon D or other manual focusing only lenses with this camera. Focusing performance during filming, while decent at recognizing and tracking subjects, is incredibly loud and noticeably distracting during playback.

The LCD while good, isn’t the greatest when compared to the improvements made since the cameras initial release. The screen resolution is only 230K pixels; today’s standard is 350K pixels. In short, this means that you will not be able to resolve a significant amount of detail when viewing an image in playback on the LCD. If being able to resolve fine detail or checking for sharpness on a camera LCD is essential to you, this may be a deal-breaker in purchasing this camera.

The build quality is cheap. The camera is made entirely out of plastic, to reduce costs, except for the scene selection dial which is metal.

Burst rate is only 3 FPS and is very limited in comparison to today’s standards.

It lacks built-in WIFI, NFC, and Bluetooth. Users can add these features through an auxiliary adapter that’s connected to the accessory port on the camera, but that means you have to fork out some money in the process.

The battery only charges via the dedicated charger not via USB.

Is the Nikon D3100 a good starting camera?

Yes, it still is. It’s very much an entry-level digital SLR aimed at those desiring a cost-effective camera who are brand new photographers entirely foreign to digital photography. While it looks complicated at first glance, it belongs to the lowest and simplest line Nikon manufactures. It’s small, compact, lightweight but jammed with enough features and automatic modes to assist users. It allows them to steadily progress through the program modes while also providing full manual control when they feel brave. With the addition of the dedicated GUIDE mode, the beginning photographer will be positioned to have a definite starting advantage over those who possess cameras lacking this feature. Furthermore, the images produced, though not excellent to today’s standards, are quite good, which still make this camera a contender in today’s lineup of entry-level cameras.

Possibly. If you’re entirely new to digital photography or desiring to upgrade from a point & shoot to your first SLR, without breaking the bank, then this is a camera to consider. However, if you’re already a photographer and are looking for a camera to film videos, this is not the camera for you as it lacks an external microphone port. Also If you’re a photographer desiring to use older generation D lenses, or other manual focusing lenses for that matter, this is not the camera for you.

All things considered though, this is a camera that handles well even while belonging to the lowest end line Nikon manufactures. It provides the right amount of manual control, flexibility, and guidance for the beginning photographer. Granted, for those serious about their growth, this is a camera that you will outgrow rather quickly. However, for those just wanting to upgrade from the point & shoot world, this is the perfect camera as it’s simple enough to operate. It’s small, light, and compact but jam-packed with features making it still a contender even to today’s standards.

The Nikon D3100 is a camera that handles well even while belonging to the lowest end line Nikon manufactures. It’s very much an entry-level digital SLR aimed at those desiring a cost-effective camera that are brand new photographers who are entirely foreign to digital photography. It’s small, compact, lightweight but jammed with enough features and automatic modes to help guide users along. It provides the right amount of manual control, flexibility, and guidance. It allows beginners to steadily progress through the program modes while also offers full manual control when they feel brave. Granted, for those serious about their growth, this is a camera that you will outgrow rather quickly. However, for those just wanting to upgrade from the point & shoot world, this is the perfect camera as it’s simple enough to operate for those just getting started.