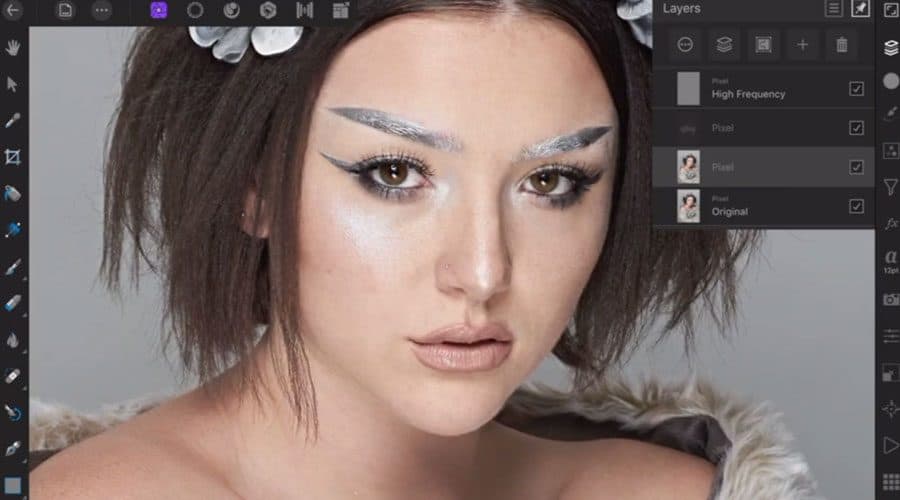 tip image I recorded a video recently on how to import TIFF images into affinity photo so refer to that video if you don’t know how to actually import TIFF images into affinity photo but long story short I am using the iPad pro 10.5 inch Apple pencil right here images already imported I already started kind of working on it so what you’re gonna need is to import the image into affinity photo from there this technique is going to be done using the frequency separation tool which is a filter right here in the filters tab I will do a future video on how to actually best