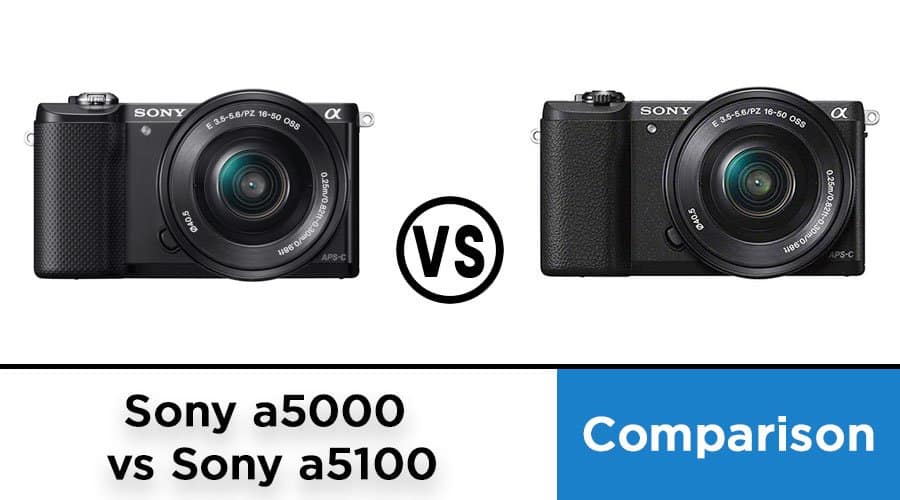 In today’s post, we will compare two entry-level interchangeable lens cameras from Sony, the Sony a5000 and a5100. And, ultimately, assess which of these cameras are best. The a5100 marks the refresh and successor to the previously released a5000, offering an improved feature set and slight redesign. However, both cameras aim to be appealing options for beginning photographers, content creators, and vloggers, with their compact size and articulating screens. Sony has crammed massive image sensors into both of these small bodies, allowing them to deliver similar image quality to a larger digital SLR. However, without any added bulk to maintain their smaller form factor. However, each camera has its advantages. And considering the differences between their capabilities and prices, which is the best for you? Let’s find out.

Note: we will refer to the Sony a5000 as “predecessor” and Sony a5100 as “successor” for the duration of this article.

In size, both cameras are virtually identical. They both measure in at 63 x 109 x 35 mm. However, the successor shaves off 45g, weighing in at 224g compared to 269g. Outside of this, these cameras are identical.
Physical Controls & Ergonomics

Both cameras feature identical physical controls while offering enough texture to the grip and thumb rest for added comfort. Both cameras also provide the same amount of reassignable custom key settings and deliver equivalent customization. They both also have zoom rocker dials, helpful when using motor-powered zoom lenses. However, neither offer large grips, as they’re both incredibly compact cameras. So, if you have large hands, you will find both equally awkward and uncomfortable during prolonged use. 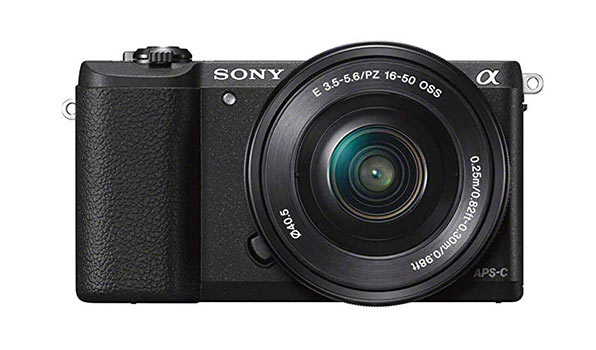 Firstly, it improves upon the existing resolution, moving from 460K dots to 921K dots. The reality is that the predecessor’s display is thoroughly lacking in resolution, both during the camera’s initial release and today. A 460K dot screen is well below the industry-standard expected for a display, even for an entry-level camera. In all, this means the predecessor doesn’t lend itself well to manually focusing and accurately gauging focus, as the images look rather grainy and lack contrast. It also has poor viewing angles, especially when composing from below, and it isn’t bright enough for sufficient viewing outdoors. Overall, while usable, it makes composing images on this camera quite difficult and is easily a deal-breaker.

Secondly, the successor now adds a touchscreen display, allowing the camera to sport both touch focus and touch shutter.

The successor also improves upon the existing image quality. It now provides a 24.3MP Exmor CMOS sensor, compared to the predecessors 20.1MP sensor, and delivers almost a 1 stop improvement in low light performance. It increases the native range from ISO 100-16,000 to ISO 100-25,600, allowing the camera to provide better low light high ISO shooting. While the overall differences between these two improvements are only apparent when zoomed into images or examining printed photos, they do make a difference. Nonetheless, both of their sensors deliver amazing pictures with accurate color rendering and excellent sharpness.

The successor also improves in both video quality and overall capabilities. It now inherits Sony’s latest video codec, XAVC S, their alternative to the standard MP4 format. This new format allows the camera to effectively double the available bit rate, moving from 28 MBps to 50 Mbps. And this improvement produces higher quality footage that lends itself to better post-production changes. The successor now adds 1080p Full HD video up to 60 fps, compared to the predecessors 24 fps maximum. And, overall, these changes make the successor is the superior option in both performance and flexibility.

Outside of this, both cameras offer Dual Video Recording, which simultaneously records a lower quality video file for immediate sharing online. And know, both cameras suffer from overheating when shooting in warm environments. 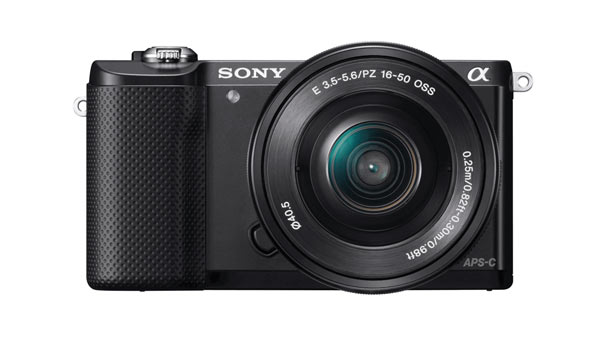 The successor also makes significant improvements in autofocusing performance. It now houses a 179-point phase-detection AF system, where 25 points also use contrast-detection. The predecessor only has a 25 point contrast-detection system, which while sufficient for beginners, doesn’t supply the same versatility. The system used in the successor delivers far better continuous AF performance, namely subject tracking. It also provides better overall coverage of the imaging area. In all, the successor makes a better choice for shooting moving subjects or low light shooting, both of which are weaknesses in the predecessor.

Both cameras use the same NP-FW50 batteries. However, the predecessor delivers a slightly better battery life of 420 shots per charge compared to 400 on the successor. Though this is not a significant enough difference to say it is substantially better in this regard.

Both cameras have identical user interfaces and menus. And both of their automatic modes work incredibly well for beginning photographers. They also have enough manual controls for more seasoned shooters, though shooting in this fashion on these cameras does take some effort.

The successor provides better high-speed continuous shooting. It delivers a burst rate of 6 fps, compared to the predecessors 3.5 fps.

Both cameras have advanced features like zebras, for exposure clipping, focus magnification, and focus peaking.

Both cameras have built-in Wi-Fi and NFC, allowing users to connect to a smartphone for remote shutter release, image preview, and wireless image transfer.

Both cameras lack adjustment dials for physical control of exposure.

Both are excellent entry-level cameras that capture crisp and colorful images with surprisingly good video. However, considering the improvements made in the successor, it makes for the superior camera between the two. And it remains an excellent value for money. The a5100 packs serious capabilities for such a small camera, and it caters quite well towards the entry-level or advanced amateur crowd that Sony intends. The only reason not to get this camera is strictly budget. But understand, the rear screen and poor autofocusing performance to today’s standards in the a5000 will be challenging. If these are not concerns to you, it remains quite a capable camera as well.