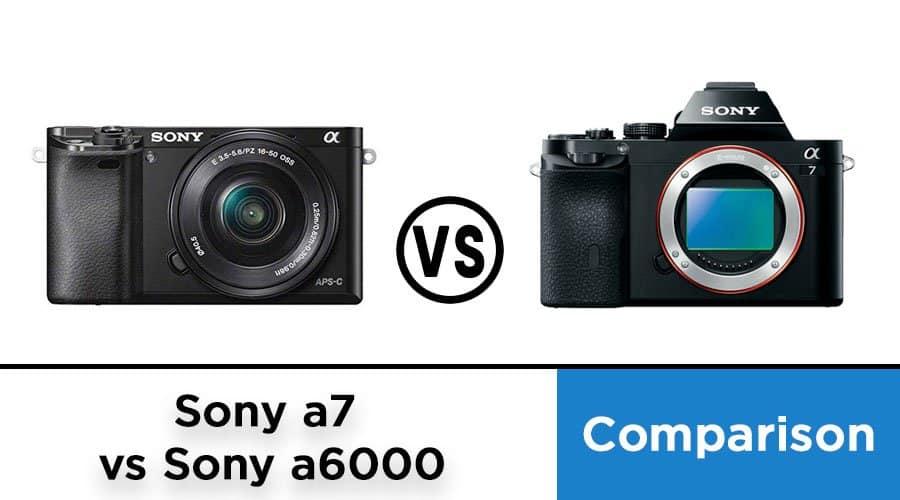 In today’s post, we will compare two Sony alpha cameras, the Sony a7 and a6000. Both of these cameras mark distinct platforms in Sony’s broader ecosystem. However, both are compact entry-level mirrorless cameras based around the same E-mount platform. Their most significant difference is the a7 represents Sony’s full-frame lineup of cameras, while the a6000 represents their APS-C line. Today, we will explore their similarities and differences to help provide insight on whether going with their full-frame offering is the best choice for you, or not. Is it worthwhile to spend the extra money for the larger, more “professional” body? Or is the smaller, yet equally capable, body the better choice between both cameras?

In physical size, the 6-series is both significantly smaller and the more compact camera. It measures in at 120 x 67 x 45 mm compared to the 7-series 127 x 95 x 55mm, that’s roughly a 35% reduction in physical size. And it also weighs significantly less as well, coming in at only 285g compared to 416g of the 7-series, which is roughly 30% less. While the 7-series remains an incredibly compact camera compared to equivalent digital SLRs, it’s undoubtedly much bulkier than the 6-series. If you desire the absolute smallest form factor, then it is the better choice between these two cameras. 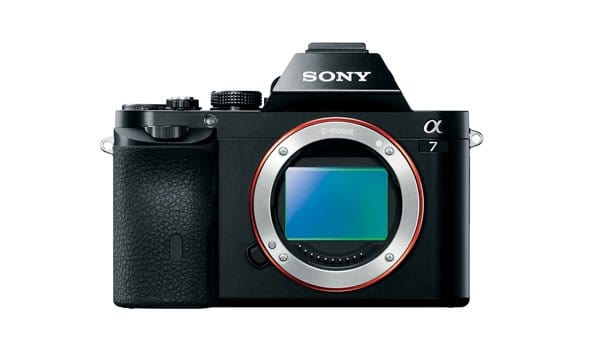 Both cameras include an electronic viewfinder with 100% coverage of the imaging area. However, their resolutions differ, and this is an area the 7-series pulls ahead by providing an overall better viewing experience. It has a resolution of 2.36M dots compared to only 1.44M dots of the 6-series, which significantly aids in resolving fine details or manually focusing.

Both cameras feature 3.0-inch tilting TFT LCDs with resolutions of 921K dots that tilts up approximately 45° and 90° down.

While both cameras feature 24.3MP Exmor CMOS sensors, the most notable difference between both cameras is their sensor size. The 7-series houses a full-frame sensor, while the 6-series an APS-C sized sensor. On paper, both cameras would be able to provide the same quality images as they offer equivalent resolution sensors. And, yes, in many respects, the image quality in their detail between both cameras is mostly the same. However, the characteristics of the resulting images in both depths of field and field of view are not. And thus, in terms of the appeal of their images, they are not. The full-frame sensor of the 7-series provides a distinct advantage in delivering more shallow depth of field when using identical lenses on both cameras. It also provides images without alternations in the field of view, unlike the 6-series, which crops into an image by its 1.5x crop factor when using the same lens. Now, knowing this, if you use a lens that makes the 6-series the same equivalent 35mm length as the 7-series, then their difference is solely depth of field. This means if you desire images with more background blur, bokeh, then the 7-series is best for this reason.

A full-frame sensor also provides better high ISO performance, as their sensors capture more light than the smaller APS-C sensor. This fact allows the 7-series to supply a distinct advantage when shooting in low light, and the better choice for these applications.

Both cameras offer identical video capabilities. They both shoot in the MP4 and AVCHD formats at 1080p up to 60 fps, where both are limited to 29 minute maximum recordings.

In autofocusing performance, the 6-series offers the more capable 179-point hybrid phase-detect system. The 7-series, however, only has a 117 point system. And since it also has the larger sensor of the two cameras, it doesn’t offer the same resounding AF point coverage of the 6-series. While both cameras are capable of subject and face tracking, the 6-series provides more consistent detection and better tracking across the frame, giving it a distinct edge. 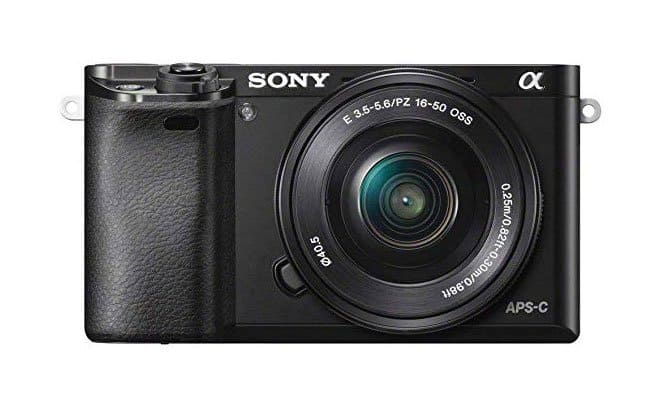 Both cameras use the same Sony NP-FW50 battery. However, the 6-series provides a slightly better battery life of 360 shots per charge compared to only 340 shots in the 7-series.

Both cameras have virtually identical user interfaces and menus. They both also feature fully customizable FN menus, which provides immediate access to a variety of shooting parameters in a single contextual menu.

Both cameras offer Wi-Fi and NFC connectivity for remote control and wireless image transfer to the connected device.

The 7-series offers microphone and headphone inputs, both of which are lacking on the 6-series.

The 6-series offers an impressive continuous shooting speed of 11 fps, completely dominating the slow 5 fps burst rate of the 7-series.

The 6-series offers a built-in pop-up flash, a lacking feature on the 7-series.

The 6-series lacks weather sealing; this feature is only available on the 7-series.

Neither camera features in-camera stabilization, you must use optically stabilized lenses instead.

Ultimately, both cameras are very comparable and virtually identical in their core abilities. The a7 aims mostly towards the current professional or the serious enthusiast who wants to master their craft. While, on the other hand, the a6000 aims mainly at the hobbyist or beginning photographer looking to upgrade from smartphone photography or point & shoot to their first camera. Sony very much tailors these cameras towards different demographics of users. So, the question is, where do you fit? Do you want a camera that isn’t as intimidating at first glance, but is still capable of delivering excellent photos and videos, then the 6-series is best. Or do you already have a grasp on the fundamentals, and are looking for a more “pro” camera.

Each camera also represents different lineages and heritage as well. Meaning, the smaller sensor 6-series lends itself to more discrete shooting and compactness. Meanwhile, the 7-series is more about performance and manual control, not necessarily form factor. In the end, both are excellent cameras and have virtually identical capabilities. In many respects, their only differences are form factor, sensor size, and degree of manual controls. Whichever of these factors are most important to you will ultimately help you decide which camera is best.